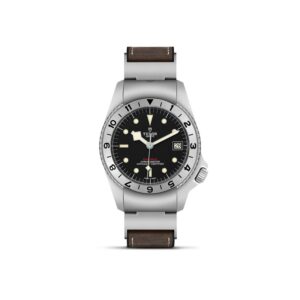 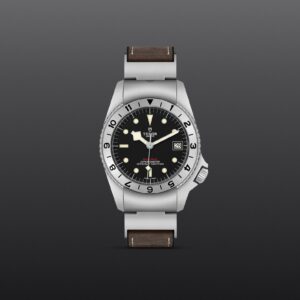 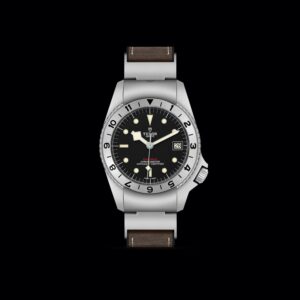 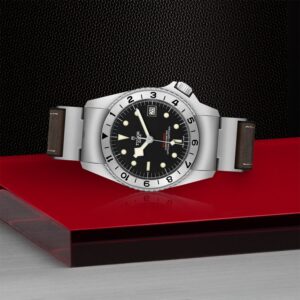 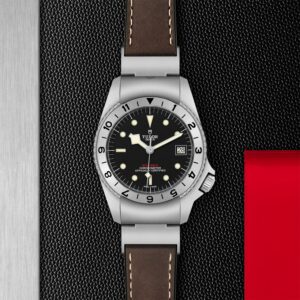 The Black Bay P01, is a watch based on a legendary prototype developed in the late 1960s and proposed to the US Navy, and in so doing lifts the veil on a little-known aspect of its history.

Like all other models in the Black Bay line, the P01 adopts the TUDOR hands with their characteristic angular shape, known to collectors as “Snowflake”, which appeared in the brand’s 1969 catalogue. The result of subtle combinations of historical aesthetic codes and contemporary watchmaking, the Black Bay line is far from simply being an identical re-release of a classic. It brings together over 60 years of TUDOR divers’ watches, while remaining firmly anchored in the present.

The hinged end-link system on the original prototype was the subject of a patent in 1968, which covered a locking and dismantling system for the bezel to aid maintenance of the watch. The Black Bay P01 model borrows from this mechanism, providing a stop system for the bidirectional rotat-ing bezel via a mobile end-link at 12 o’clock. Black Bay P01 is waterproof to 200 metres and features hours, minutes, seconds and date functions. It is fitted with a domed matt-black dial with painted luminescent hour markers. Respecting the utilitarian aesthetic of the prototype that inspired it, the case is entirely satin-brushed for a matt finish.