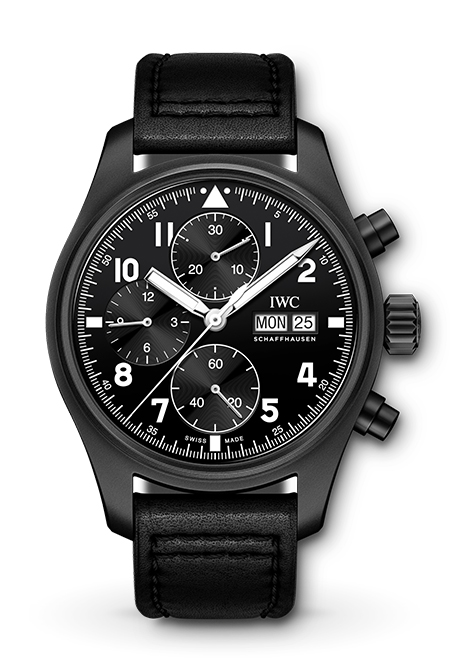 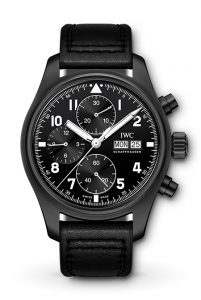 A TRIBUTE TO 1994 ICONIC “BLACK FLIEGER”

IWC Schaffhausen travels back in time to honour the legendary Ceramic Fliegerchronograph (ref. 3705) from 1994. 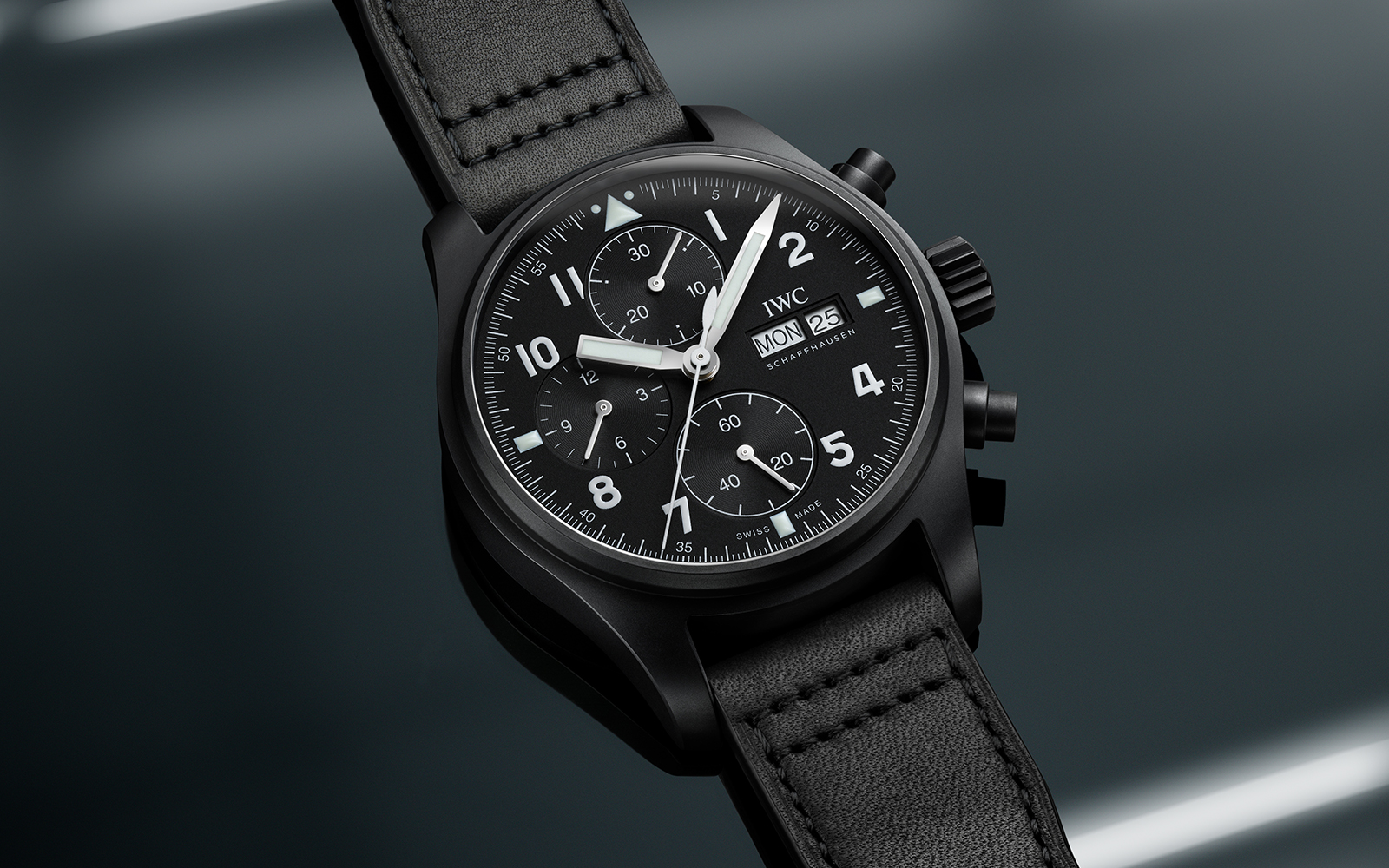 With the Pilot’s Watch Chronograph Edition “Tribute to 3705”, IWC Schaffhausen travels back in time to honour the legendary Ceramic Fliegerchronograph (ref. 3705) from 1994.

After fading into obscurity for almost a quarter of a century, it became a cult classic and is now considered one of the most sought-after models from IWC’s recent history. The new tribute edition faithfully replicates the original’s dial design. Instead of using ceramic, however, it features a case made of Ceratanium®, a groundbreaking new material developed by IWC. Powered by the in-house 69380 calibre and fitted on a black calfskin strap, this special edition is limited to 1000 watches and sold exclusively online.

FROM ZIRCONIUM OXIDE CERAMIC TO CERATANIUM®

The newly released Pilot’s Watch Chronograph Edition “Tribute to 3705” (Ref. 387905) pays homage to this exceptional timepiece and is limited to 1000 pieces. The dial is a replica of the original from the 1990s. Two totalizers at 9 and 12 o’clock display stop times of up to 12 hours, the small second is located at 6 o’clock. Another feature is the day and date display at 3 o’clock. The ref. 3705 was pioneering in the use of black ceramic, and the tribute edition likewise features a recent innovation from IWC’s material scientists: the case, chronograph pushers and pin buckle are made of Ceratanium®, an IWC-developed material that is light and robust like titanium, but also similarly hard and scratch-resistant like ceramic. In the first step, the case components are machined from a special titanium alloy. Afterwards, the parts are treated in a furnace firing process, during which a phase transformation takes place, and the surface of the material assumes properties similar to ceramic.

POWERED BY THE IN-HOUSE 69 CALIBRE

While the original ref. 3705 was powered by the Valjoux calibre 7750, the new Pilot’s Watch Chronograph Edition “Tribute to 3705” boasts sophisticated movement technology from Schaffhausen. Inside the 41-millimetre case, the in-house 69380 calibre is at work. This robust and precise chronograph movement in classic columnwheel design is one of the latest developments from IWC’s engineers. A bi-directional pawl winding system reliably builds up a power reserve of 46 hours. 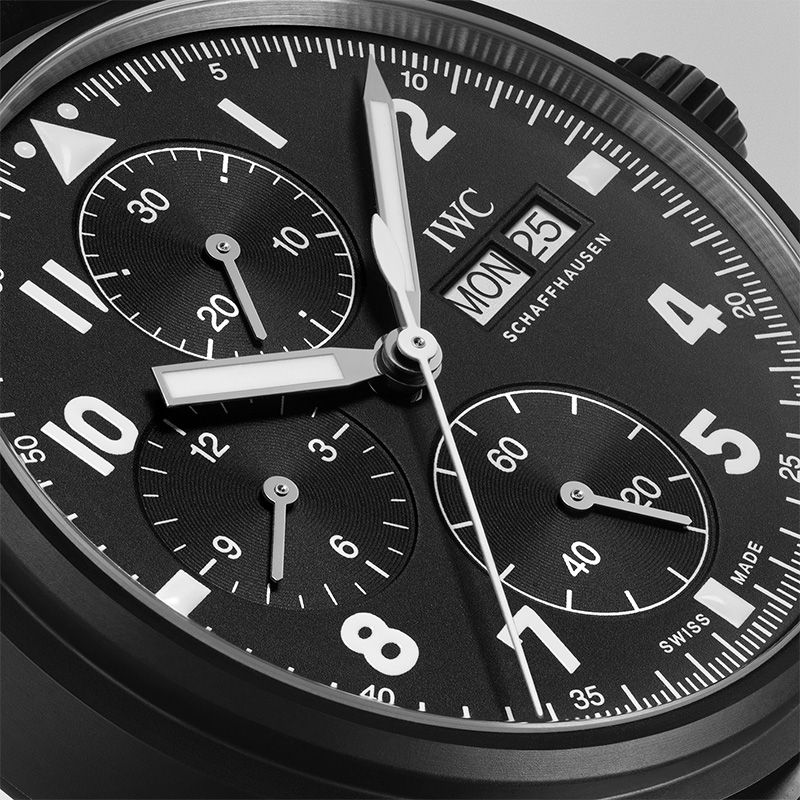 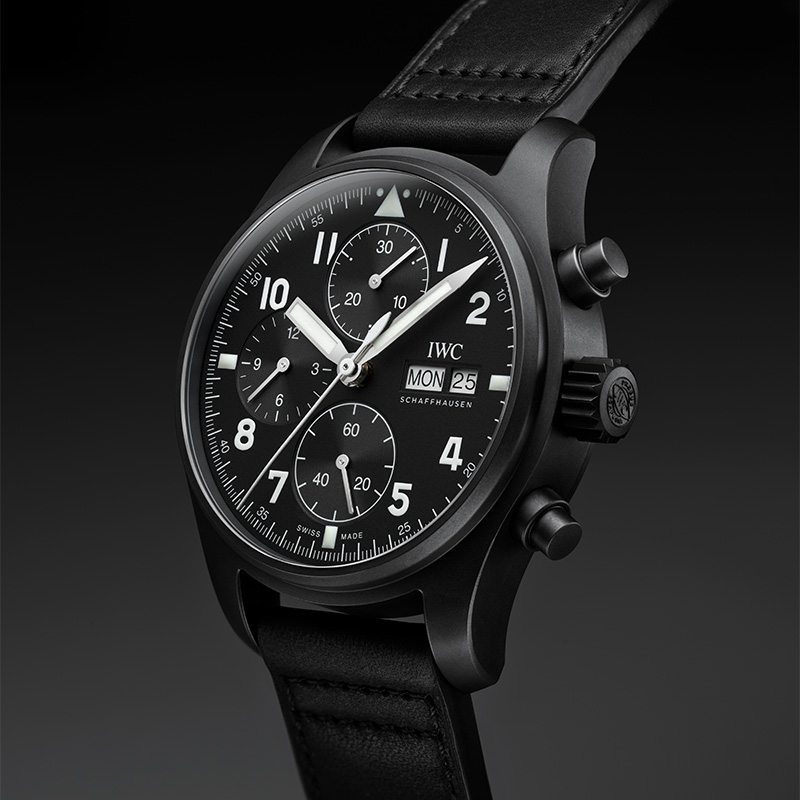 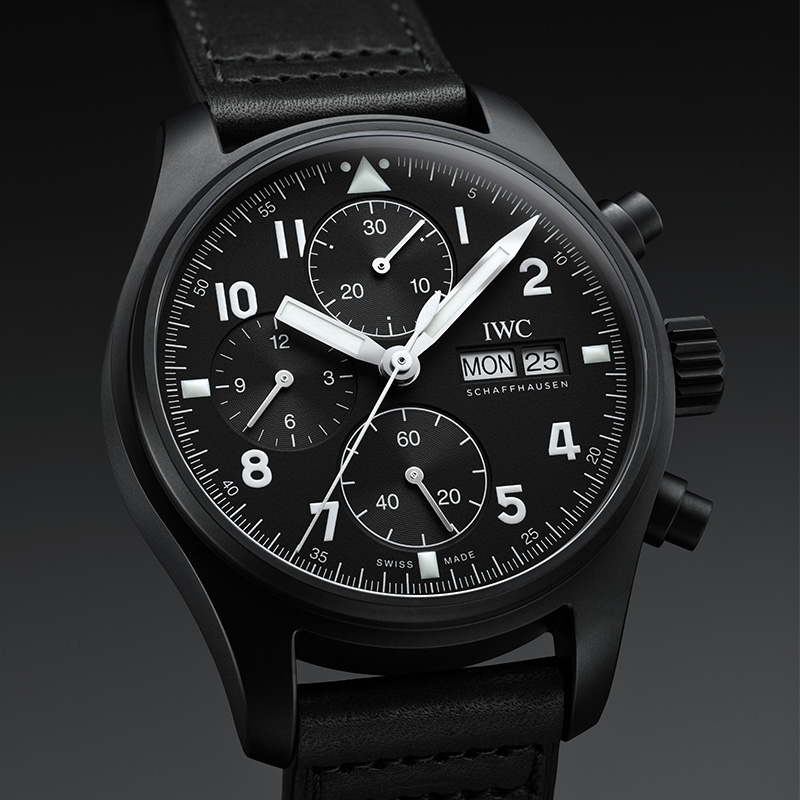 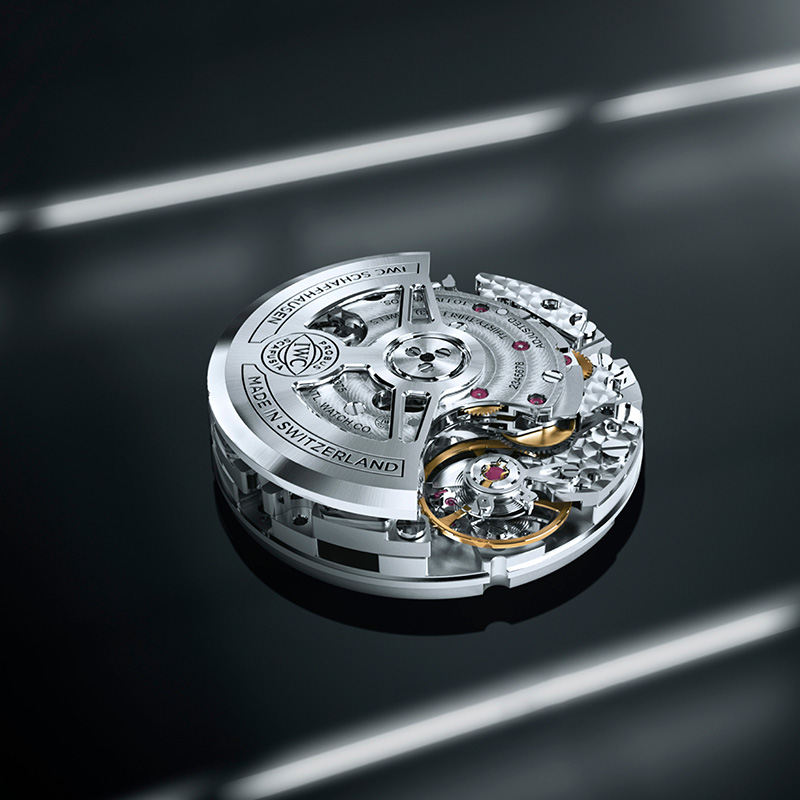 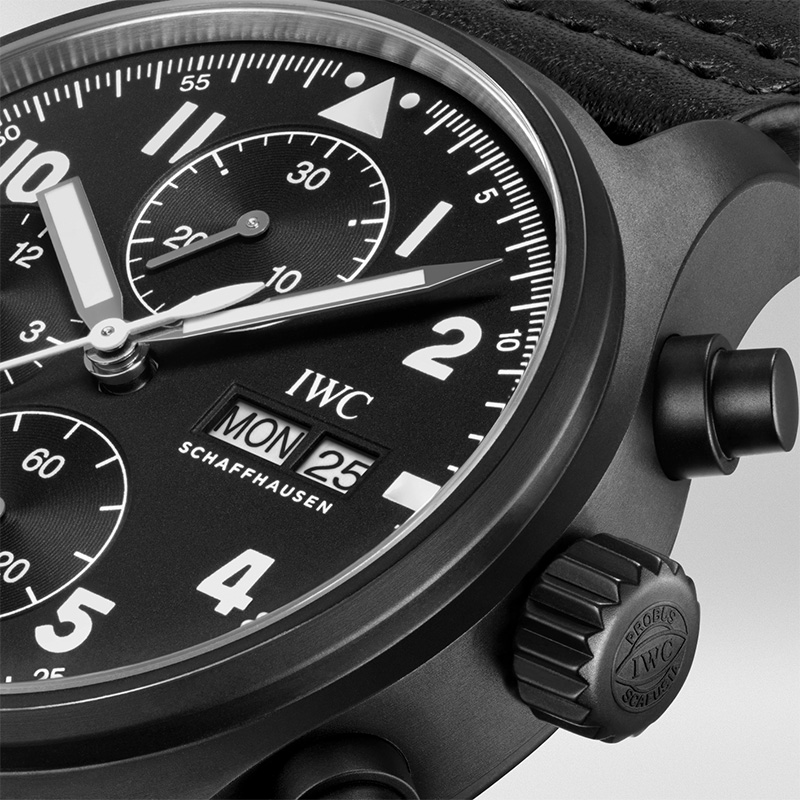 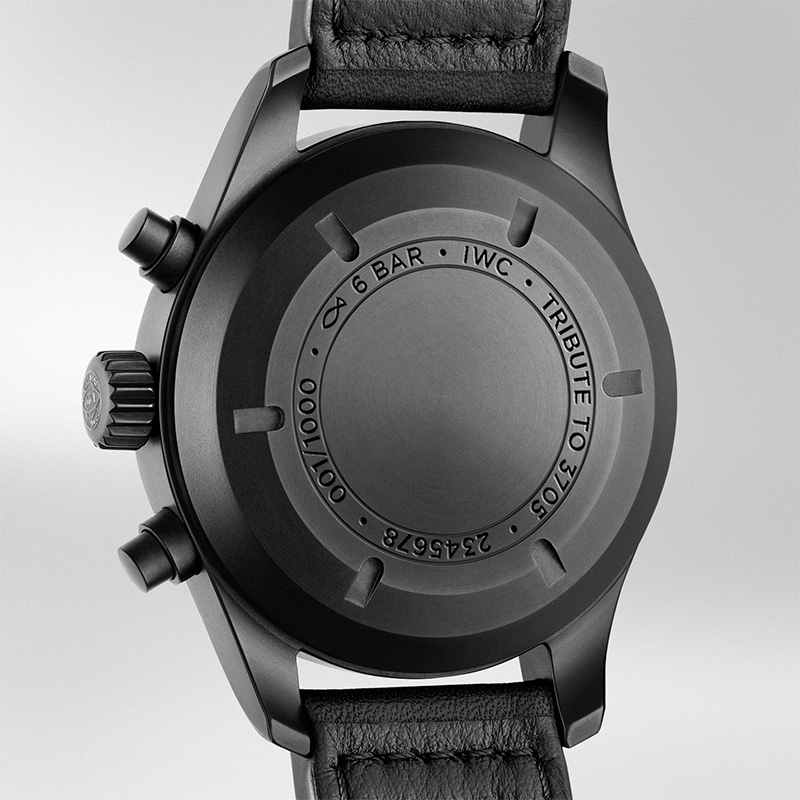 BACK TO TOP
COLLECTION 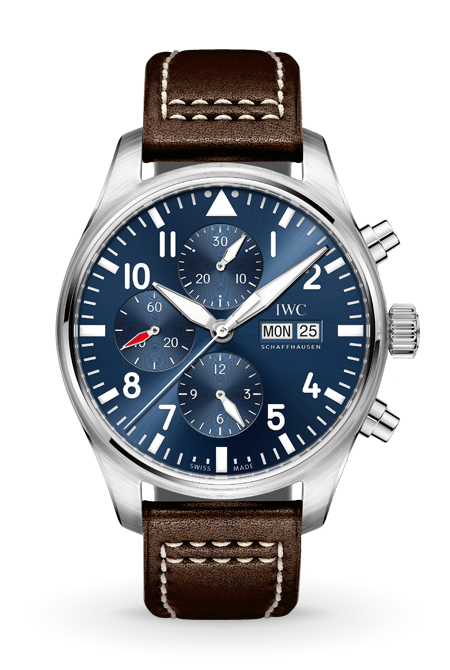 Water-resistant to 6 bar, the Pilot’s Watch Chronograph Edition “Le Petit Prince” has all the qualities typically found in a high-performance timepiece: precision, functionality and reliability. Available in: MORE DETAILS 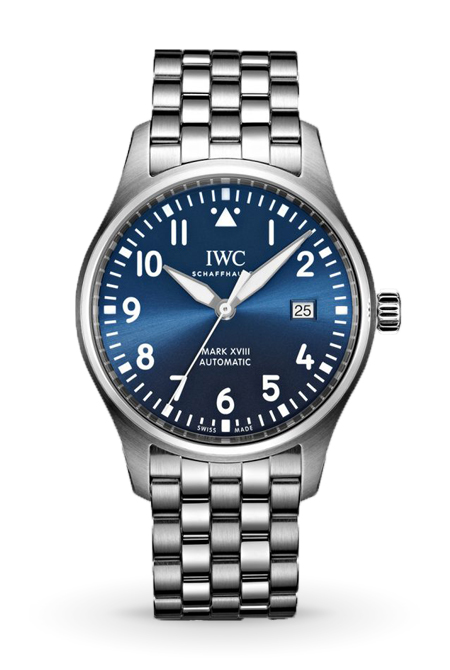 The Pilot’s Watch Mark XVIII Edition “Le Petit Prince” is powered by the 30110-calibre automatic movement and, in terms of precision, fully meets the requirements of a professional pilot’s watch. Available in: MORE DETAILS